Interesting facts about The Guianas you must know

What are The Guianas?

The Guianas, sometimes called by the Spanish loan-word Guayanas (Las Guayanas), is a region in north-eastern South America which includes the following three territories:

Suriname, previously Dutch Guiana, until 1814 together with Essequibo, Berbice and Demerara.

French Guiana, an overseas department and region of France.

Guyana, formerly known as British Guiana from 1831 until 1966, after the colonies of Berbice, Essequibo, and Demerara, taken from the Netherlands in 1814, were merged into a single colony.

State of Amapá in northern Brazil, known as Portuguese Guiana (or Brazilian Guiana)

Best months of the year to visit The Guianas

From mid-April to July-the recovery season, is when you can enjoy the warmth and sunshine. Therefore, it is recommended for travelers to come at this time of year, when you can allocate enough time for excursions in the jungle and around the country.
And all because of the fact that it is in January and February that the rainy season falls. Amazonian forests surround French Guiana, so you can never get on the street if you come here in these winter months. Rains in Guiana are torrential during January and February, can go for weeks almost non stop. This is an amazing feature of nature near the Amazon.

Guyana is Covered in pristine Rainforest

Almost 80 percent of Guyana is covered in pristine, untouched rainforest.
Fun fact: the mountain from the Disney movie Up was inspired by Mount Roraima, the highest peak of the tepui plateau in South America where the borders of Venezuela, Brazil and Guyana meet. Composed of Precambrian rocks, this tabletop mountain houses several waterfalls with Venezuela’s Angel Falls being the highest uninterrupted waterfall with a height of 979 meters (3,212 feet).

A country of diverse geography

Geographically, Guyana is divided into four regions: the coastal plain, the interior highlands, hilly sand and clay region and the Rupununi Savannah. The majority of the population inhabits the coastal plain, which ranges from 29 to 75 kilometers wide and extends from the Venezuelan border in the northwest to the Corentyne River in the east.

English is the official Language

Located in the northern part of South America, Guyana is bordered by the Atlantic Ocean to the north, Suriname to the east, Venezuela to the west and Brazil to the south. Guyana is the only English-speaking country on the continent. As a former British colony, Guyana remained more culturally Caribbean than a South American country.

The world’s largest single-drop waterfall is in Guyana

The country’s name ‘Guyana’ derives from the indigenous word ‘Guiana‘ which means ‘land of many waters’. However, the most famous water feature of the country is Kaieteur Falls. With a width of 113 metres (371 ft) and a height of 226 metres (741 ft), Kaieteur Falls is the world’s largest single-drop waterfall. These falls, located on the Potaro River in the Kaieteur National Park, are four times higher than Niagara Falls.

Guyana is one of the world’s most biodiverse countries

Guyana has a low rate of deforestation, as a result, it is one of the most biodiverse countries in the world with more than 75 per cent of its land area covered by forests. Of this area, 60 percent is considered primary forest, aka old-growth forest. Scientists have, so far, identified more than 2,700 plants in Guyana and a vast number of jungle plants are still unrecorded. The country is also home to a vast array of wildlife, for example, jaguars, leatherback turtles, caimans, tapirs, pacas, and rare giant otters. It is also home to the impressive giant anteater (Myrmecophaga tridactyla) which can reach 7-feet (over two meters) in length from the tip of its snout to the end of its tail.

Suriname is the smallest independent country in South America in terms of size and population.

It has an area of just 163,821 square kilometres and a population of just under 600,000 people as of April 2022. Located on the northeastern Atlantic coast of South America, its land bordering countries are Brazil and Guyana, and the French overseas territory of French Guiana. Paramaribo City is its capital and largest city.

Suriname is an ethnically diverse country

Despite its small population, Suriname is an ethnically diverse country with multiple religions, languages, and cultures. There are many ethnic groups in Suriname, for instance, East Indians or Hindustani, Maroons, Creole, Javanese, Amerindians and Europeans. The country also has a significant population of mixed ethnic descent.

The official language of Suriname is Dutch, a legacy of Dutch colonial rule. Between 1667 and 1954, Suriname was a Dutch colony – Dutch Guiana – and then became one of the constituent countries of the Netherlands in 1954. Then, in November 1975, it became an independent state. Over 60 per cent of Surinamese people speak Dutch as the first language and the rest of the population speaks it as a second language. Suriname is the only territory outside of Europe where the majority of the population speaks Dutch. They also speak Dutch in the Netherlands, Belgium, Aruba, and the Dutch Antilles.

The inner city of Paramaribo was inscribed as UNESCO World Heritage Site in 2002 due to the many buildings of historical importance and religious significance. According to UNESCO, the buildings illustrate “the gradual fusion of Dutch architectural influence with traditional local techniques and materials.” Other buildings of importance include the Presidential Palace, the Garden of Palms, the Presidential Palace, Fort Zeelandia, the Ministry of Finance, the Reformed Church, and the very special Gothic Revival Roman Catholic Cathedral.

Rainforest covers approximately 94% of the country

Suriname has conserved their landscape well as heterogeneous forest covers about nine-tenths of the country. In fact, Suriname has one of the largest protected areas of rainforest in the world – the Central Suriname Nature Reserve UNESCO World Heritage Site. This rainforest covers the southern four-fifths of the country. The forest contains more than 1000 species of trees and hosts a great diversity of flora and fauna including many protected animals, for instance, the giant river otter, the giant armadillo and jaguars.

It is a department of France

French Guiana is like a state, in this case, a department, but it is not connected to the mainland. When you’re visiting French Guiana, you are actually visiting France. The Euro is used there, French is the first language and french food is found almost everywhere.

The European Space Center is not on the European continent! The main reason for placing it in French Guiana is that it is the closest portion of Europe to the equator. The closer a rocket launches from the equator, the more effective the launch is, since the earth’s rotation helps with the rocket’s velocity – making it up to 25% more effective than launching from the European continent.
This station is famous for launching several telecommunication satellites and supplies to the International Space Station.

Many tourists come to Guiana to come on a tour of the spaceport. Guided Free visits are offered to the public (make a reservation here) and if you manage to be there during a rocket launch, you can even reserve a spot to see the launch from inside the station. For visitors to the cosmodrome, there are special performances when the rocket launch can be viewed while in the jungle. Rocket launches do not occur often, so this point should be clarified before travelling to French Guiana. You can check the current launch schedule on their official website.

The Kourou Cosmodrome is an old, but still popular European spaceport in South America, one of the main attractions of French Guiana. 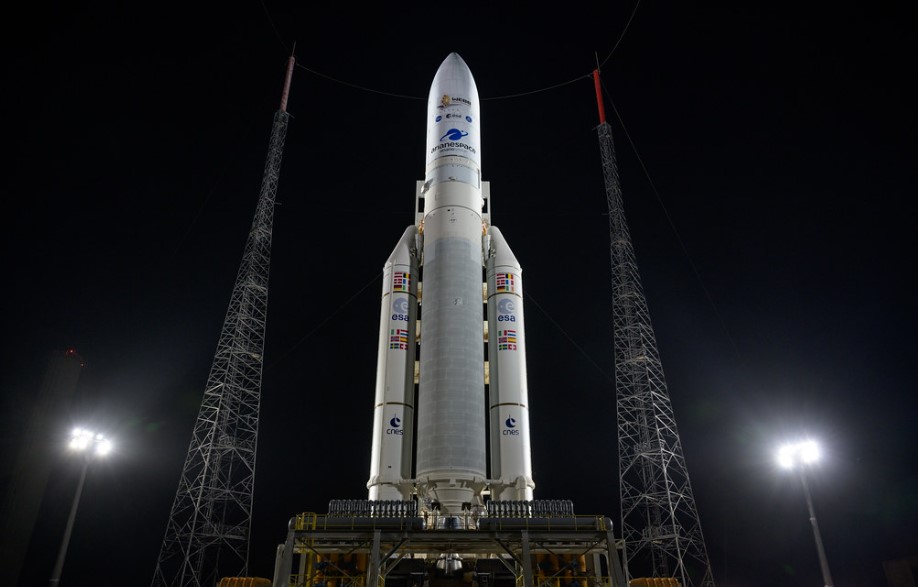 Devil's Island: the most feared penal colony in the world

Criminals from all parts of France were sent to French Guiana, the “prison of France”, so it is not surprising that its main tourist attractions are decaying prisons from its days as a penal colony. The two most notorious prisons are located in Saint-Laurent-du-Maroni and another in îles du Salut – commonly known as Devil’s Island.
Since its creation in 1852, the prison on Devil’s Island was considered to be the most feared penal colony in the world. In the early 20th century, it raised a lot of human rights controversies due to the harsh treatment many prisoners received, including being locked in a cell with no roof (just bars), left to the mercy of the scorching sun. The island stopped serving as a jail in 1953 and is presently one of the “top- must visit” spots in French Guiana (over 50.000 visitors from all over the world).

What is French Guiana best known for?

French Guiana’s region of Cayenne is the supposed origin of Cayenne pepper. It’s a spice made from dried and ground hot chilli pepper. 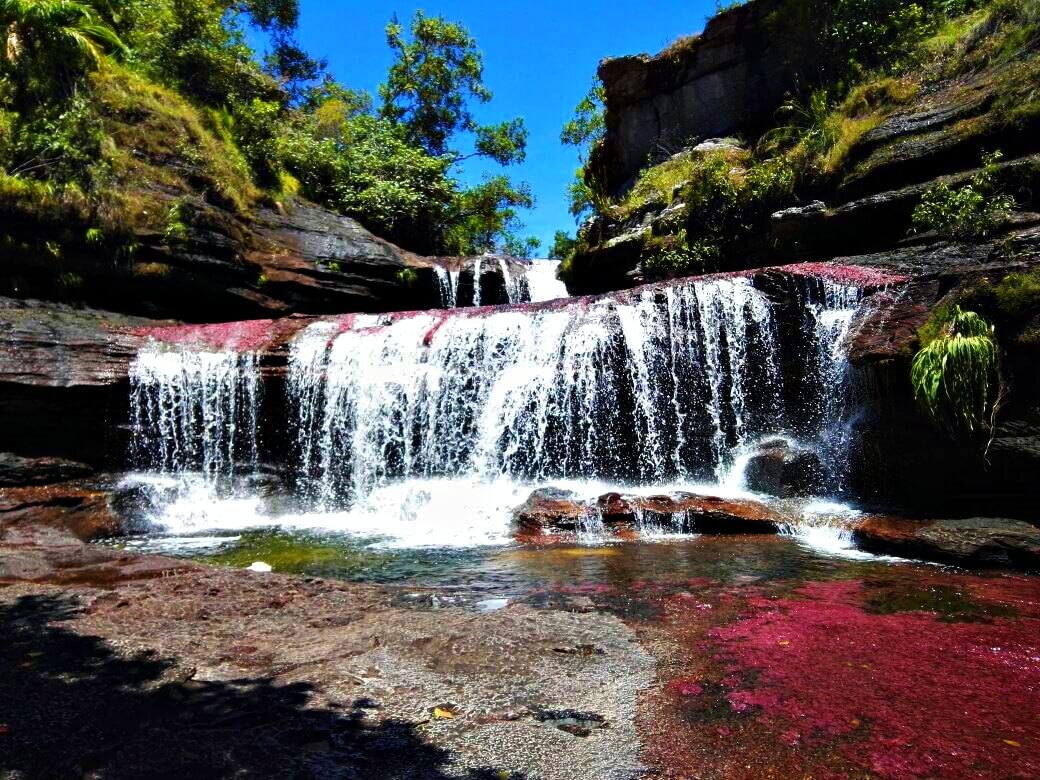 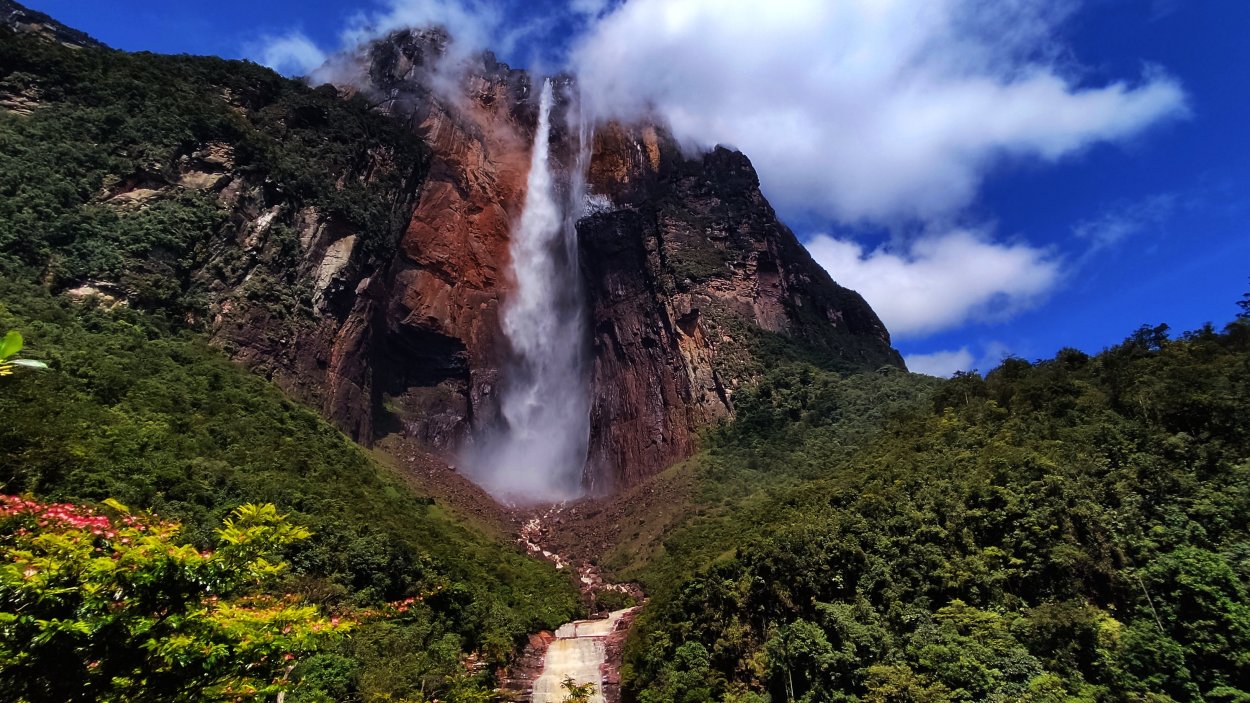 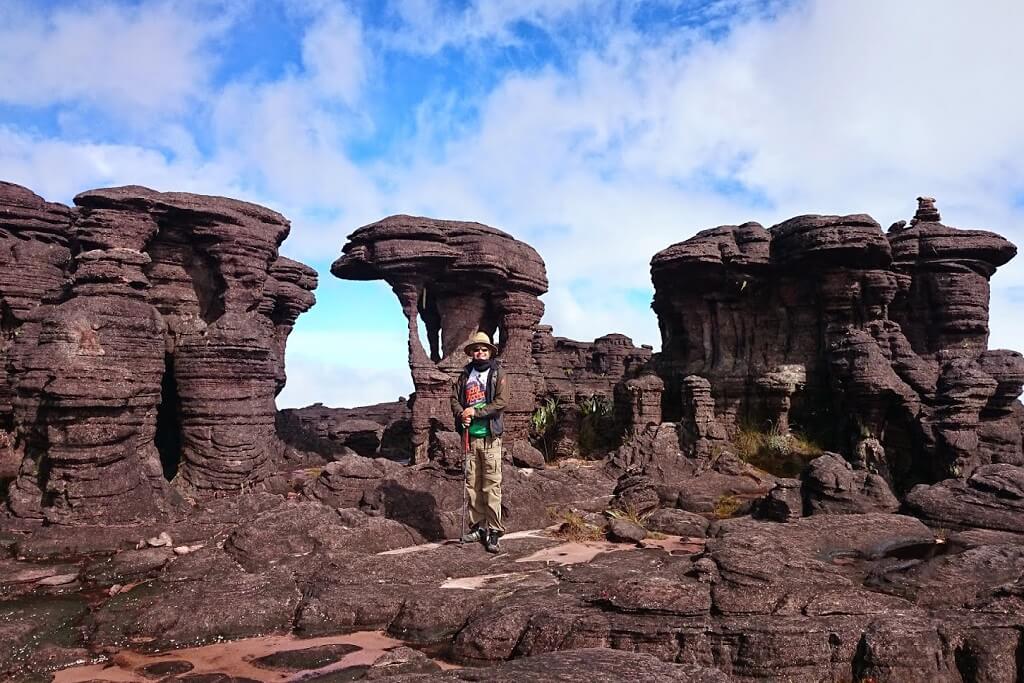