"Everybody told me 'don't go, you're crazy', but I had a great time" 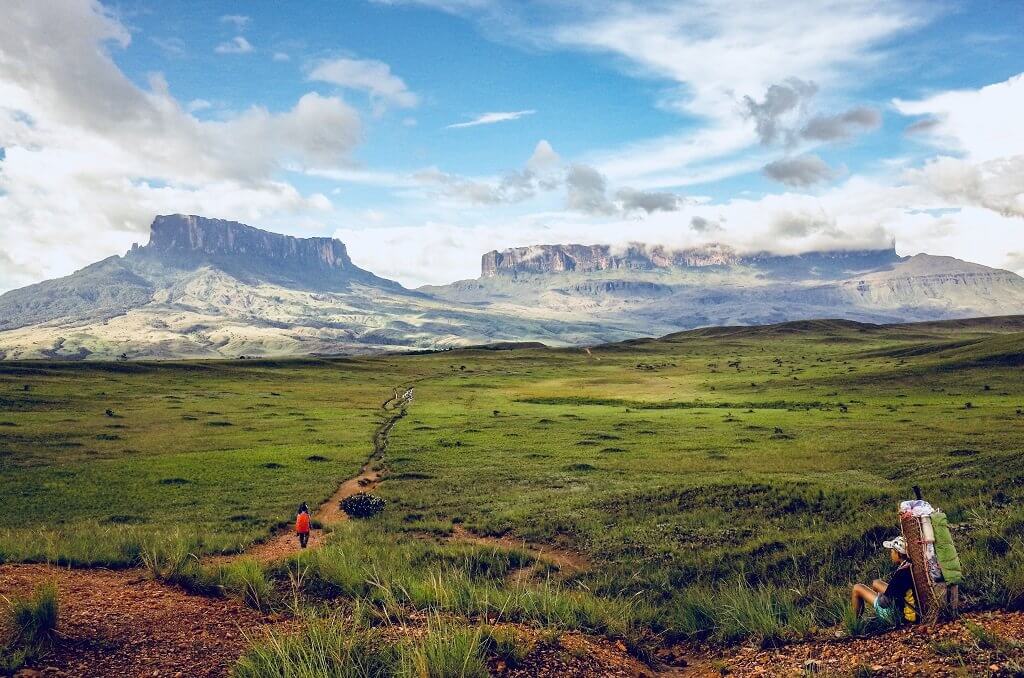 “For three years I dreamed of going to Roraima.”

It was the year 2016 and the Japanese Koichiro Sawada was browsing photos of South America in his apartment in Tokyo. “I got a picture of Mount Roraima and I was speechless. Then, I just said to myself: I have to go.”
Located in Canaima National Park, in southeastern Venezuela, Roraima is the highest plateau of the Guiana Shield, a geographical area that houses some of the oldest rock formations in the world.
In addition to natural beauty, Sawada saw other advantages to the trip.
“It is a very cheap destination and I also wanted to see with my own eyes what is really happening in Venezuela,” he admits.
So he started planning.
Few tourists
Although Roraima is one of the most coveted destinations for foreign tourists, the number of people who really visit it is low: for different reasons and despite its potential, Venezuela has never been a country with an important tourism industry.
And the economic crisis has only worsened the situation in this sector.
Many international airlines have ceased operations in the country, and several developed countries, which are the largest emitters of tourists in the world, advise their citizens to travel to Venezuela, unless it is “strictly necessary.”
For this reason, many travel agencies in Europe and the United States do not offer itineraries to this country.
The British Foreign Ministry (Foreign Office), for example, which issues travel recommendations on its website, discourages all types of visits to Venezuela, with the exception of “essentials”, due to “crime and instability.”
“When the Foreign Office says that, insurance does not cover those destinations, and therefore we cannot sell tickets,” explains Mary Anne Nelson, sales supervisor for the London-based travel agency.
And this situation is repeated in other European, North American companies and in the rest of the world.
The last itinerary that a travel agency could sell to Venezuela was in October 2016.
However, they point out that there is still a willingness on the part of his clients to visit the Caribbean country.
“From time to time we receive emails from people who want to visit the country despite the situation. In fact we have a person who writes to us from time to time asking if he can travel,” they add. 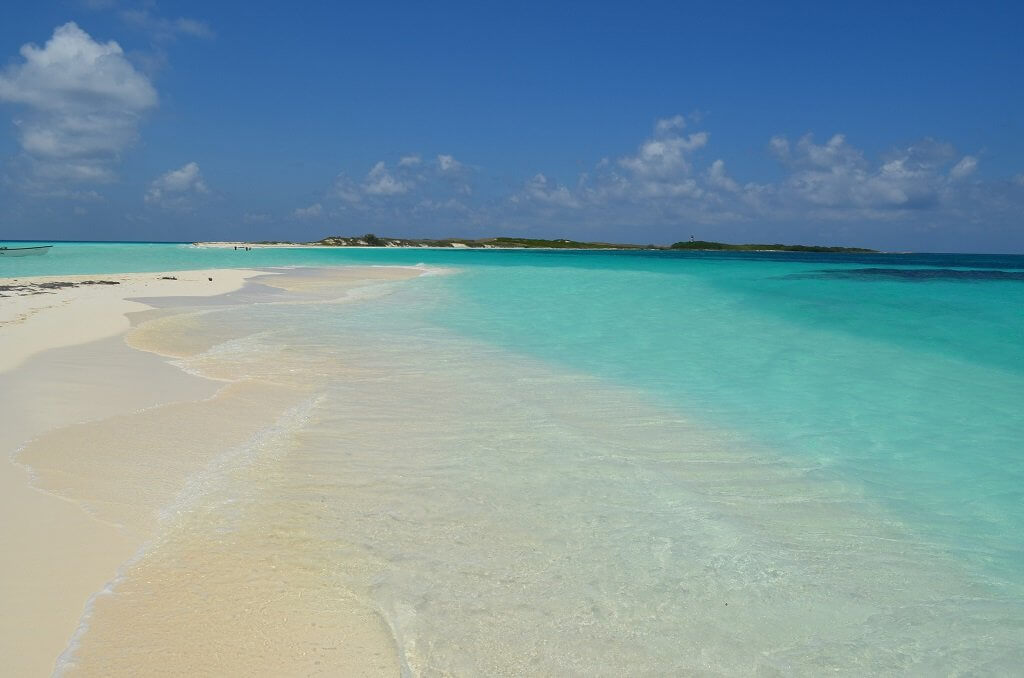 “It’s too bad almost nobody comes”
Despite its beaches with crystal clear waters bathed by the Caribbean Sea and its lush rainforests in the Amazon, the tourist attributes of Venezuela are not well known in Japan.
“Honestly, the country is nicer than I expected; it is a pity that almost no one comes,” said Sawada, 25.
“I was surprised at how good the food is: I liked the arepas, but I prefer the cachapas. It’s my favorite dish! I like them with hand cheese (a type of local cheese), which melts in your mouth,” he confesses.
But for him the best of this South American country is the people.
“It’s amazing how Venezuelans, despite the times they live, are so cheerful and love to share. They always give me food,” says Sawada with a laugh.
A country of “friendly and warm” people
Eliane Souza is another tourist who claims to have been “fascinated” with Venezuela: “The people are so friendly and so warm. I keep in touch with some places I met during the trip.”
The 34-year-old Brazilian toured the Venezuelan Amazon for 10 days.And despite the preconceived ideas she had of the country, he says that the most difficult part of the visit was to reach this remote place.
“It was a very exhausting and quite long trip. I took a flight from Sao Paulo to Manaus for 7 hours, from there I traveled to Boa Vista and then took another plane to Santa Elena de Uairén, a small town near the border with Brazil.”

However, Souza does not hide how much it saddened her to see the decline in the Venezuelan tourism industry.
“There are good places to stay with all the comforts, there are even 5-star hotels in the middle of the Amazon. There are also many trained people … but there are no tourists,” she laments.
“The worst part is that people in that part of Venezuela live from tourism and it is so sad that they used to receive a decent number of visitors and now they don’t receive anyone.”

The Brazilian journalist is not mistaken: the number of tourists in Venezuela has fallen dramatically in recent years.    According to the most recent data from the World Tourism Organization (UNWTO), Venezuela received 427 thousand visitors in 2017, a figure lower than the previous year (526 thousand) and less than half of those obtained in 2014 (857 thousand).

In fact, it was the only country in South America to record a decrease in the number of visits in 2017.

Due to the severe economic crisis that the country is going through, many residents of the Bolivar state, in the south of the country, and other regions that live on tourism, have practically two options left: emigrate or look for other sources of employment.      “Many tour guides are now learning to fish, for example,” explains Souza, who traveled to the country with one of the few companies that still organizes trips to the country.

Before embarking on his trip, Souza admits that he had reservations about the idea of ​​visiting Venezuela.

“I was afraid of the supposed lack of food and commodities, but I got everything in supermarkets.”

“I was also afraid of insecurity, but being honest, since I arrived, I never felt in danger,” he confesses.

However, both she and Sawada recommend being careful and not forgetting that Venezuela remains one of the most violent countries in the region. 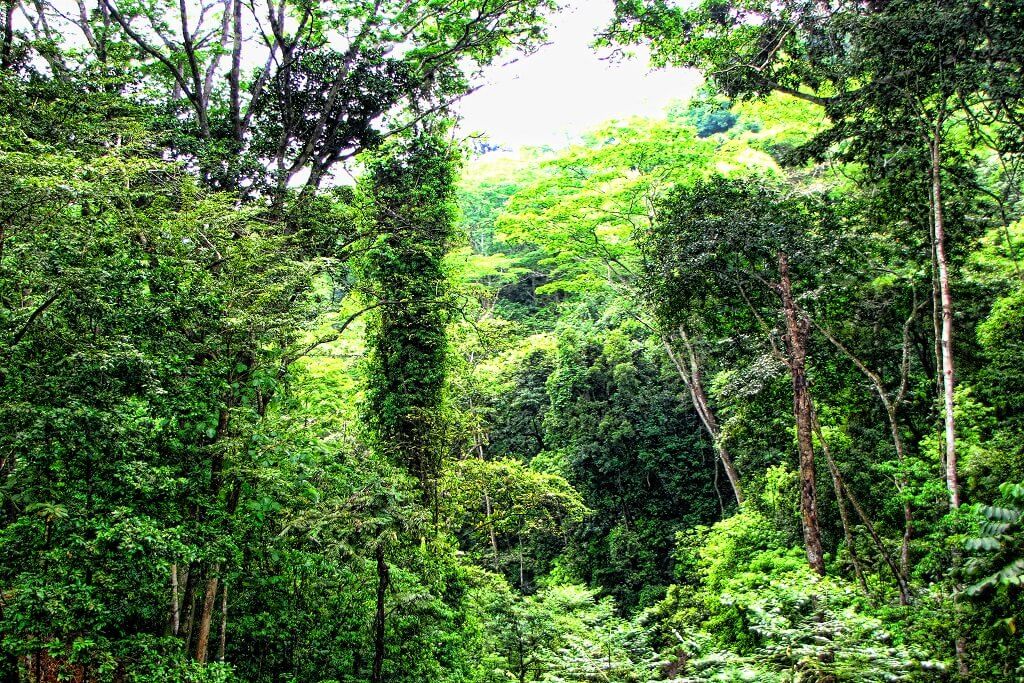 Phone in the underwear
“When Venezuela is mentioned it is generally to talk about baseball, there are many Venezuelan baseball players in my country, but it is also known for its oil wealth and for the violence that is lived in its streets,” says Ryuta, another Japanese, also from Tokyo.
Ryuta’s visit was limited to Caracas.
“Everyone told me ‘do not go to Venezuela, you are crazy’, but I had a great time. I really liked the country and I think that taking precautions you can travel,” says the Japanese in a perfect Spanish that he learned after living in Guatemala for seven years.
Both Japanese are surprised at how chaotic and irrational the Venezuelan capital can be.
“It’s a world apart, totally different from Tokyo,” says Sawada.

“When I went out into the street, I had to hide my phone in my underwear and I could never leave it on the table while eating in a restaurant, something totally normal in other parts of the world,” he continues.

“I was also struck by how empty and dark Caracas is at night, there is no soul in the streets. At midnight in Tokyo there are lights and people everywhere!”
Tokiota describes as “exaggerated” the amount of government propaganda seen in every corner of Venezuela and believes that “the country’s political class is” absurd. “
He says he had reservations about what he read in the press of his country about the Venezuelan crisis and its current president, Nicolás Maduro, but says the trip helped him to form a more concrete opinion of the Venezuelan reality.

Salsa and bachata
Many tourists visiting Venezuela appreciate the tranquility that is breathed in their tourist sites due to the small number of visitors.
“Chuao (a beach on the central coast of the country) is a good example. It is definitely an earthly paradise and as there are very few tourists, I felt almost like on a private beach,” observes Sawada.
After having visited the jungle, several cities and the coast, the Japanese finished his tour of Venezuelan lands in Mérida, a city in a small valley in the Venezuelan Andes, near the border with Colombia.

“I have been traveling throughout Venezuela for a month, and I plan to stay another month. I take the time practicing my Spanish, going to classes to learn to dance salsa and bachata, and I also enrolled in an English course.

“These are activities that cost me nothing financially, I have fun doing them and they are also a contribution to my personal development.”

Questioned about whether he would return to the country, Sawada doesn’t think twice.

“I made many friends in Mérida: here I feel at home.” 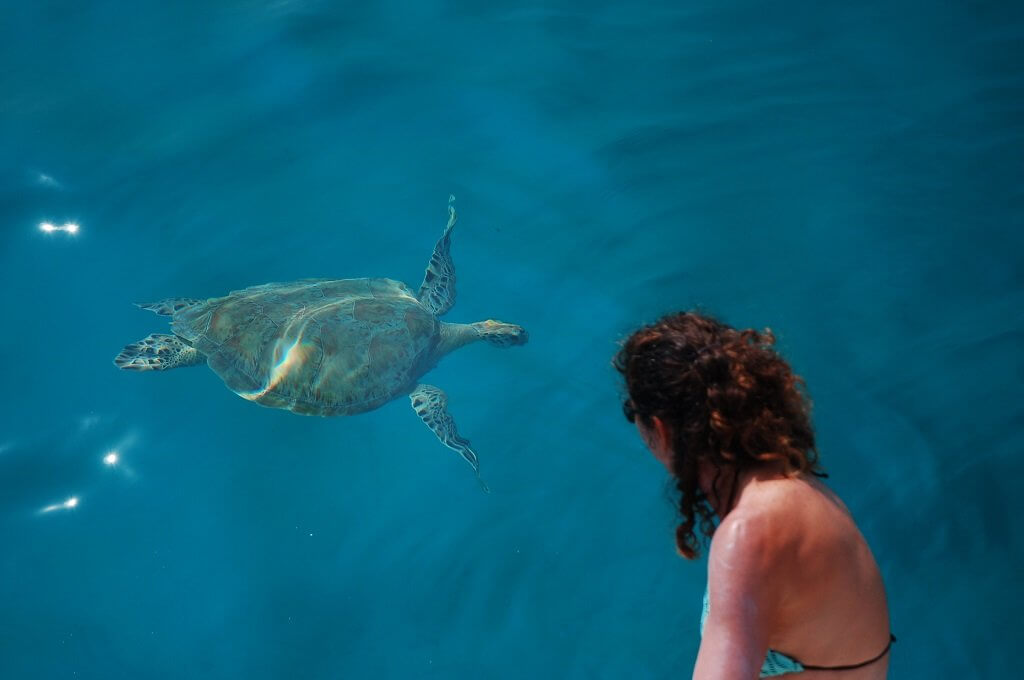 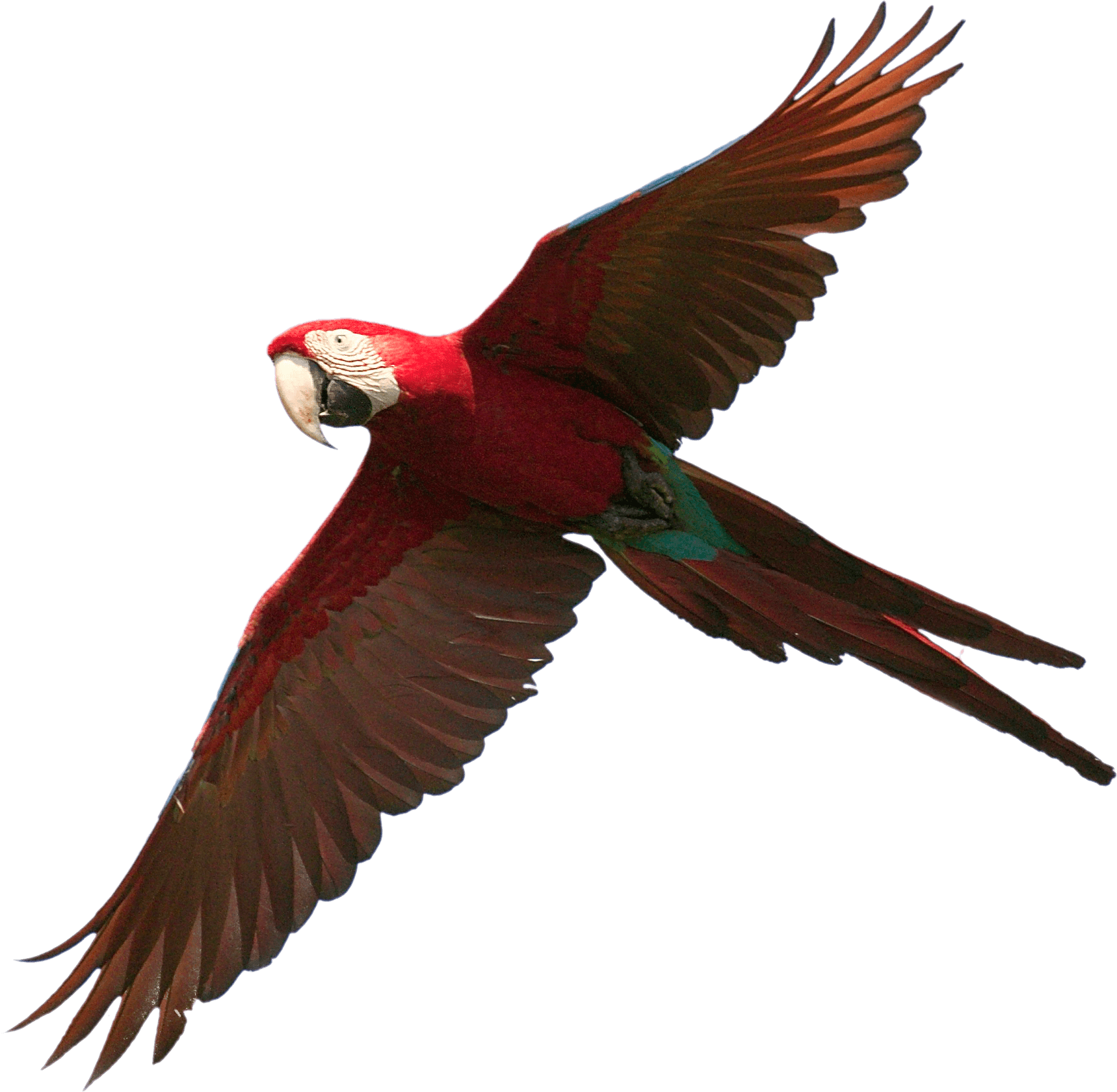 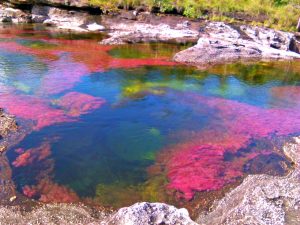 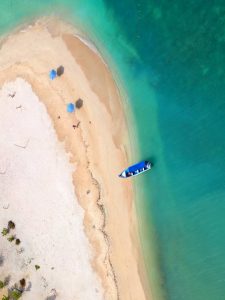 8 things you need to know before arriving to Venezuela! 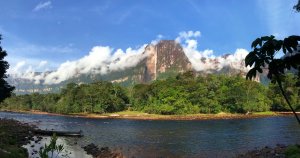 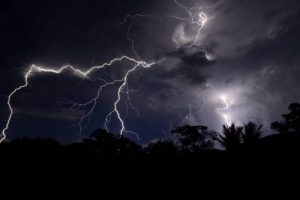 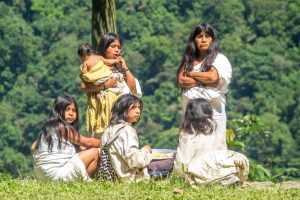 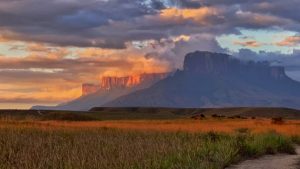