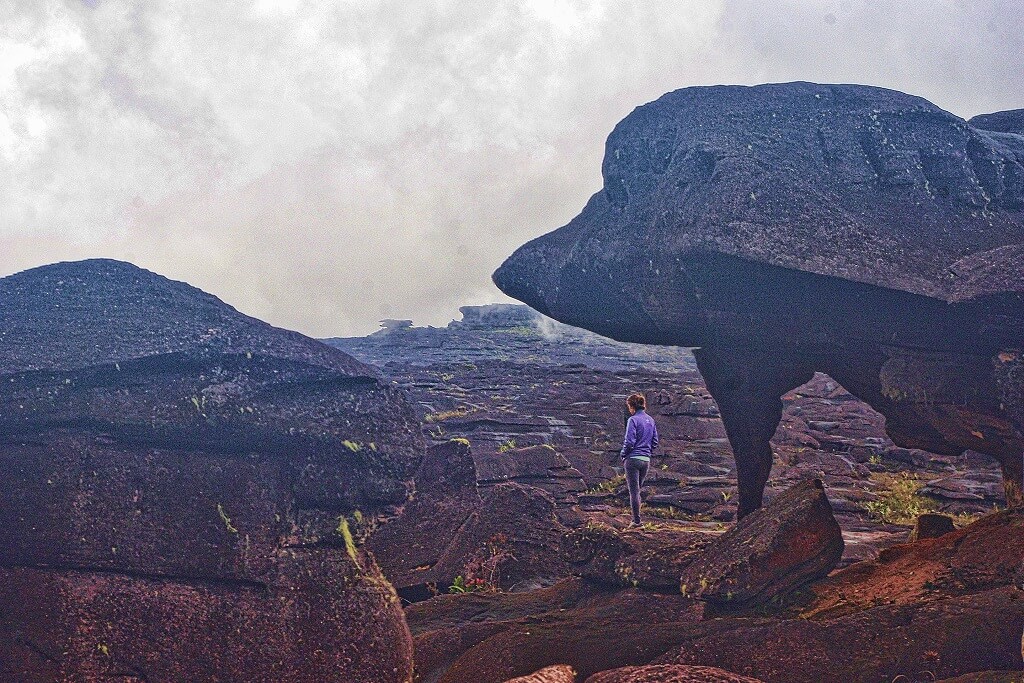 Where is Roraima Mountain?

It belongs to Canaima National Park and is located on the border of Venezuela, Brazil and Guayana with almost 75% of the mountain falling into Venezuelan territory.

When was Roraima Mountain discovered and who made the discovery?

Sir Walter Raleigh first found it in 1596 when leading a mission to Guyana in search of El Dorado. Many believe he was taken to Mount Roraima. Frustratingly for Raleigh, he was unable to climb Roraima. Based on historical records the mount was first climbed in 1884 by Sir Everard Thurn.

Why is Mount Roraima so special?

Mount Roraima is the highest of the Pakaraima chain of tepui plateaus. Mount Roraima is 14 kilometers long (9 miles), and 2810 meters high (9222 feet) at its highest point (Maverick Rock), with 400 meters (1300 feet) cliffs on each side of the plateau. Roraima is largely sandstone without much vegetation with a few sparse bushes all around. The unique and isolated nature of Roraima makes it home to many unique species of flora and fauna.  It is truly a prehistorical island.

Roraima is also a sacred ground for the Pemons people, the original inhabitants of Canaima National Park.

This mountain got their name from from the local Pemon people, “Roroi” means “blue-green” and “mama” “amazing”.

Mount Roraima is in Canaima National Park (established June 12th, 1962). The Park was named a World Heritage Site by UNESCO in 1994. A natural reserve that has a unique feature, tabletop mountains, tepuis.

How High is Mount Roraima?

Roraima will really impress you and will demand effort to reach the top in a 6 or 7 days trek. Sharing a triple border between Brazil, Venezuela, and Guyana, Mount Roraima is a the perfect place for adventurous travelers. Explore the towering cliffs and unique landscapes of the mountain with the ultimate goal of climbing the summit — known to many as “The Lost World.”

The most common lenght for a trek is 6 days but it can also be done in 7 -10 days which allows you to visit other areas in the top like Punto Triple, the Labyrinth, etc. The price goes from US$ 850 per person with a minimum of 8 participants and includes a car transfer in & out (650Kms) from/to  Puerto Ordaz.   See our departures here

How does one reach Mount Roraima?

The Paratepui trail, is the only non-technical hiking route available for climbing Roraima. The trail crosses the Gran Sabana from Paraitepui hiking towards Kukenan and Roraima following a few river crossings to start climbing a rugged and slippery trail to the summit.
Most hikers will hire a Pemon Indian guide from Paraitepui, hikers can easily to get lost on the top of the mountain due to constant changes in the clouds and very similar rock formations which can make visual references difficult.
Using a Guide is compulsory. The local communities live on Roraima as there are not too many job opportunities in the area.

What is the best time to visit Mount Roraima?

It can be climbed at any time during the year, much better if you plan your visit during the dry season which runs from December to April. The dry season isn’t really dry, let’s rather say “less rain season”. Weather changes quickly, mist, rain and fog are a constantly there.

The Lost World is a sci-fi novel by British author Arthur Conan Doyle, concerning an expedition to a table top mountain in the Amazon jungle of South America where prehistoric animals still survive. This novel also describes a war a vicious tribe of ape-like creatures and indigeous people (probably Pemon people?).

Canaima National Park is the second largest park in Venezuela, after Parima-Tapirapecó, and sixth largest national park in the world. It is the about the size of Belgium or Maryland.

The park protects part of the Guayanan Highlands moist forests ecoregion. About 65% of the park is occupied by plateaus of rock called tepuis, which are a kind of tabletop mountain millions of years old, with vertical walls and almost flat tops. These constitute a unique biological environment and are also of great geological interest. Their sheer cliffs and waterfalls (including Angel Falls, which is the highest waterfall in the world, at 979 metres (3,212 ft)) create spectacular landscapes. The most famous tepuis in the park are Mount Roraima, the tallest and easiest to climb, and Auyán Tepuy, the site of Angel Falls. The tepuis are sandstone and date back to a time when South America and Africa were part of a super-continent once known as Gondwana.

The park is home to indigenous Pemon Indians, part of the Carib linguistic group. The Pemon have an intimate relationship with the tepuis, and believe they are the home of the ‘Mawari’ spirits. The park is relatively remote, with only a few roads connecting towns. Most transport within the park is done by light plane from the airstrips built by various Capuchin missions, or by foot and canoe. The Pemon have developed some basic and reasonably luxurious camps, which are mainly visited by tourists from across the world.

All these places look great, right? To be honest, Canaima is just full of many places like them, there are 1000’s of waterfalls, caves, canyons, grottos, rock formations, unique spots that would be a Top notch attraction anywhere else but they are still not even photographed/named/ known in Canaima or Venezuela. Distances are huge! You see the map and they look so close, looks like a walk in the park but in reality you need to join an expedition and have a big budget, logistics to reach them. I am so happy we humans don’t have easy access to them. 😃😃😃

A study on “Biodiversity of Canaima National Park” (2009) coordinated by Fundación La Salle for Natural Sciences (Flasa) and The Nature Conservancy (TNC), identifies 151 species of mammals, 95 of amphibians and 111 reptiles, 119 fish and 587 birds, for a total of 1,063 species, a richness much higher than that registered in 1995 by the Venezuela’s National Parks Institute of 822 species.

Some of the most remarkable species are: 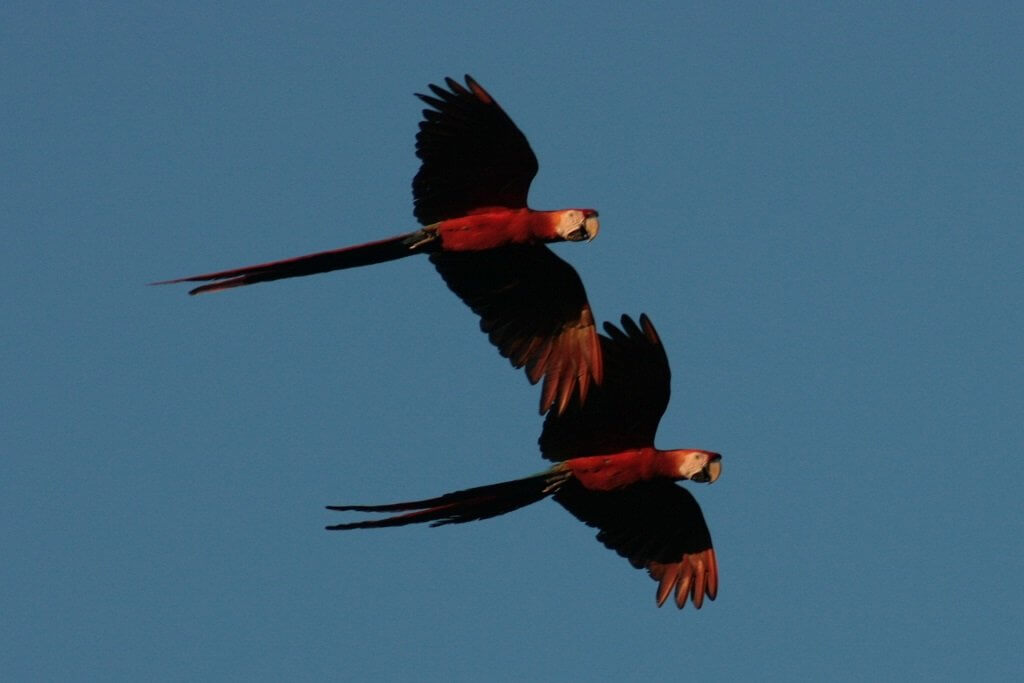 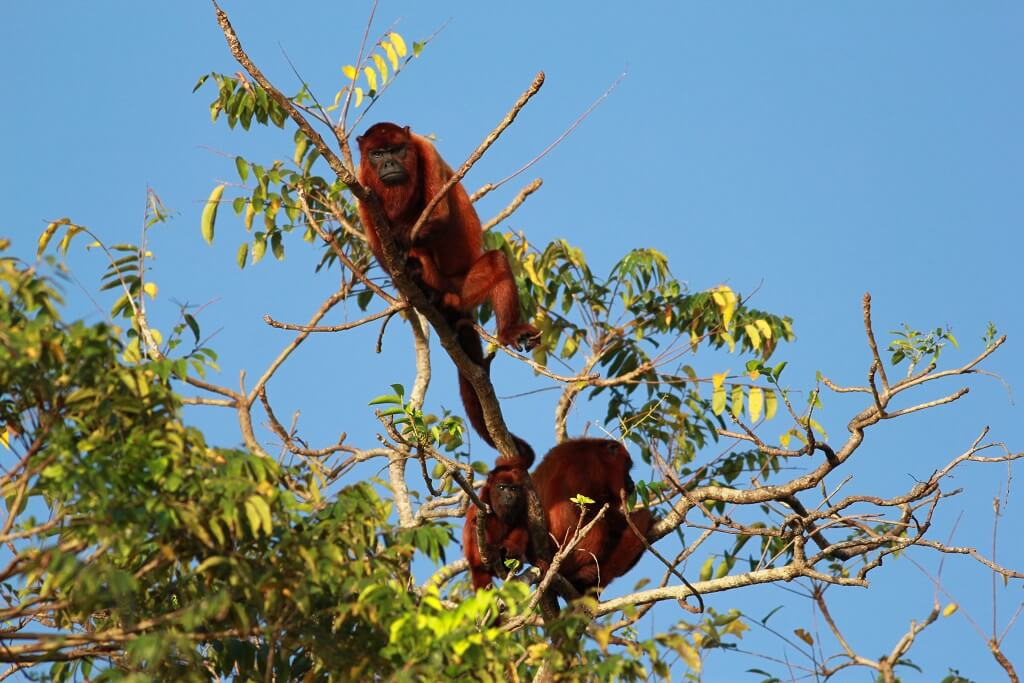 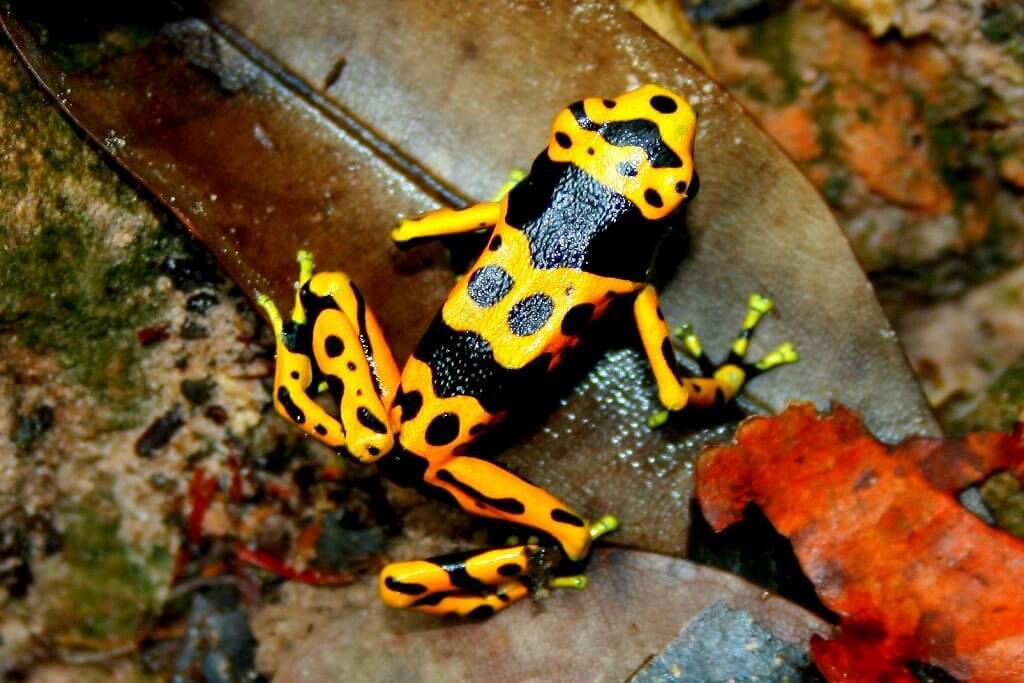 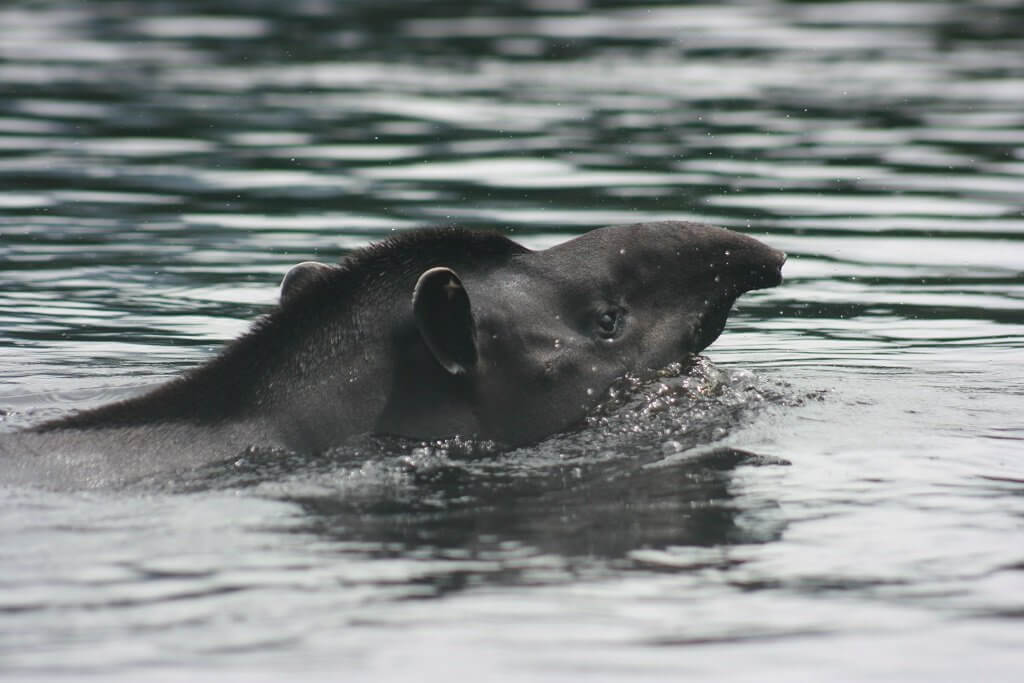 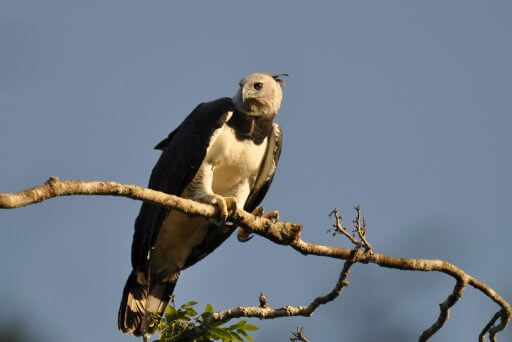 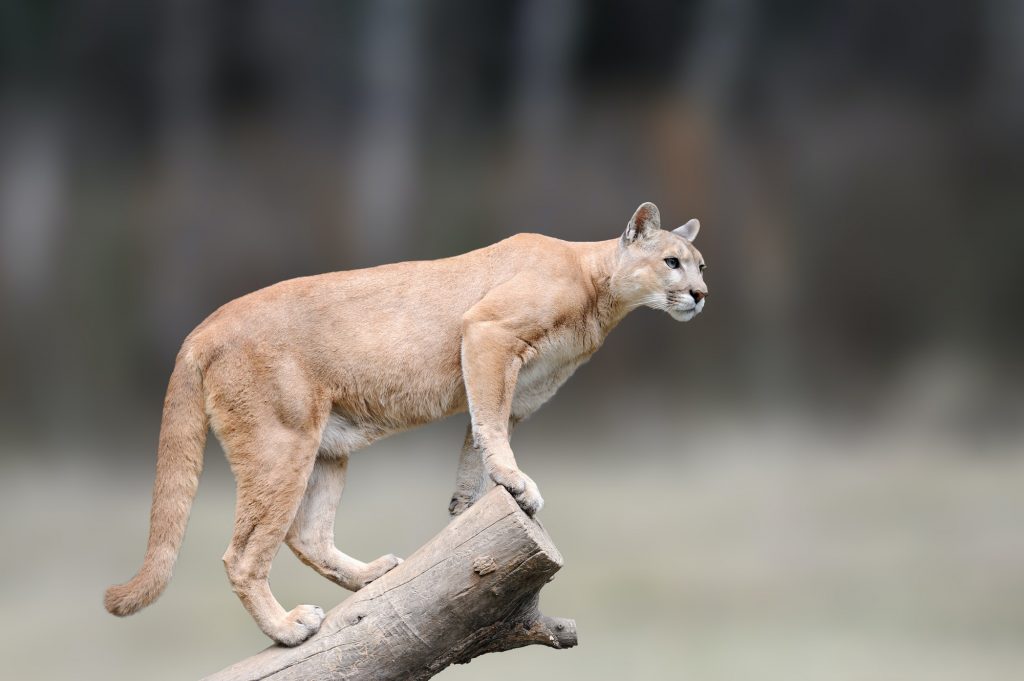 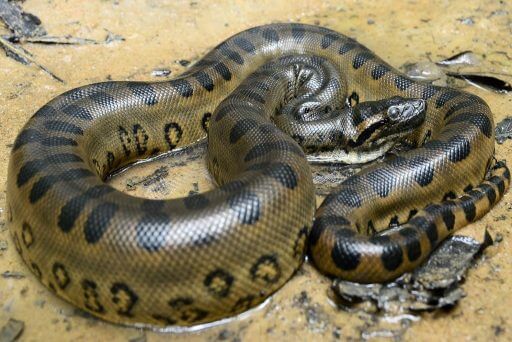 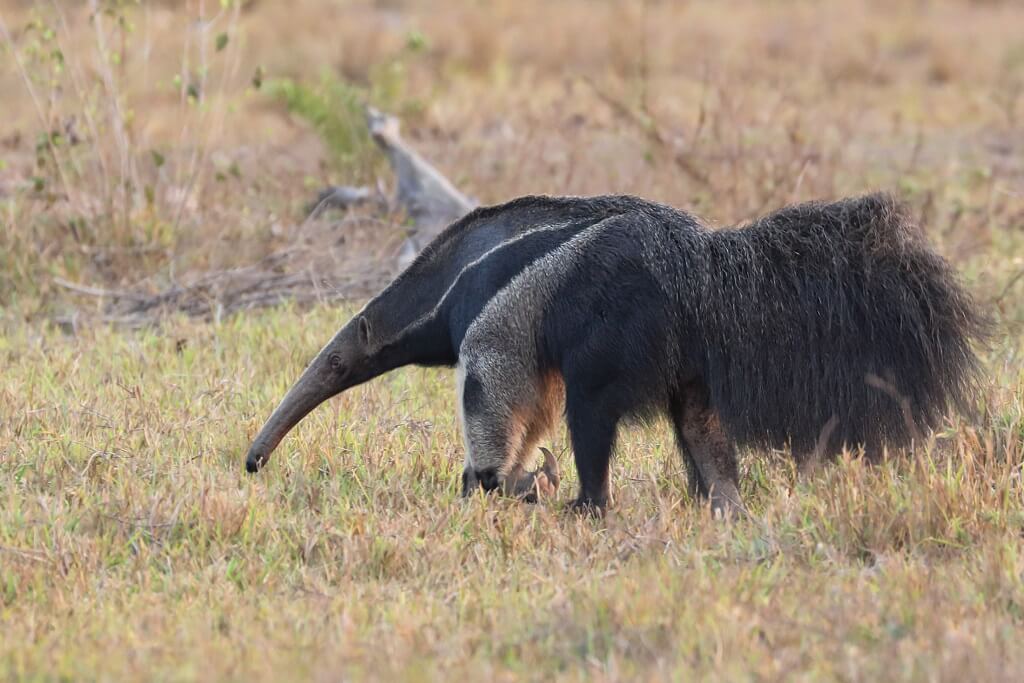 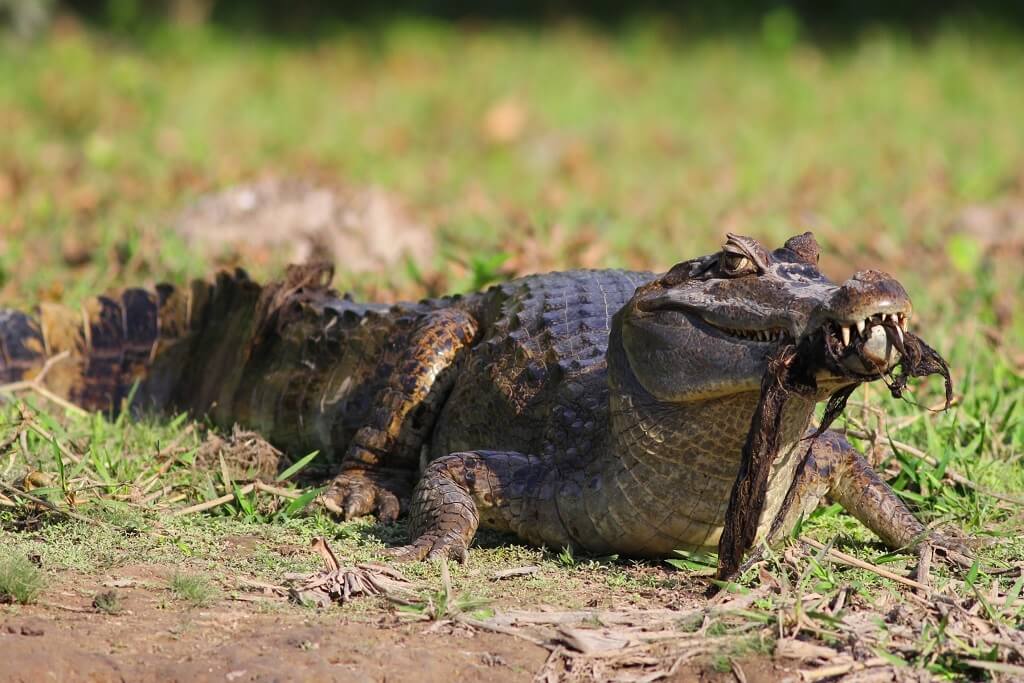 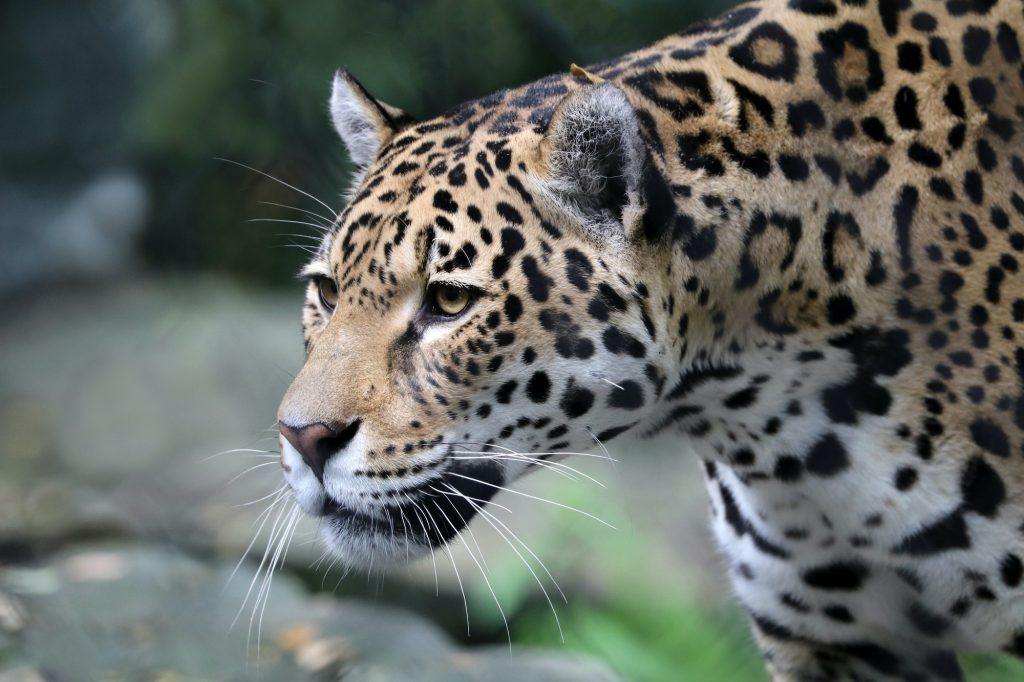 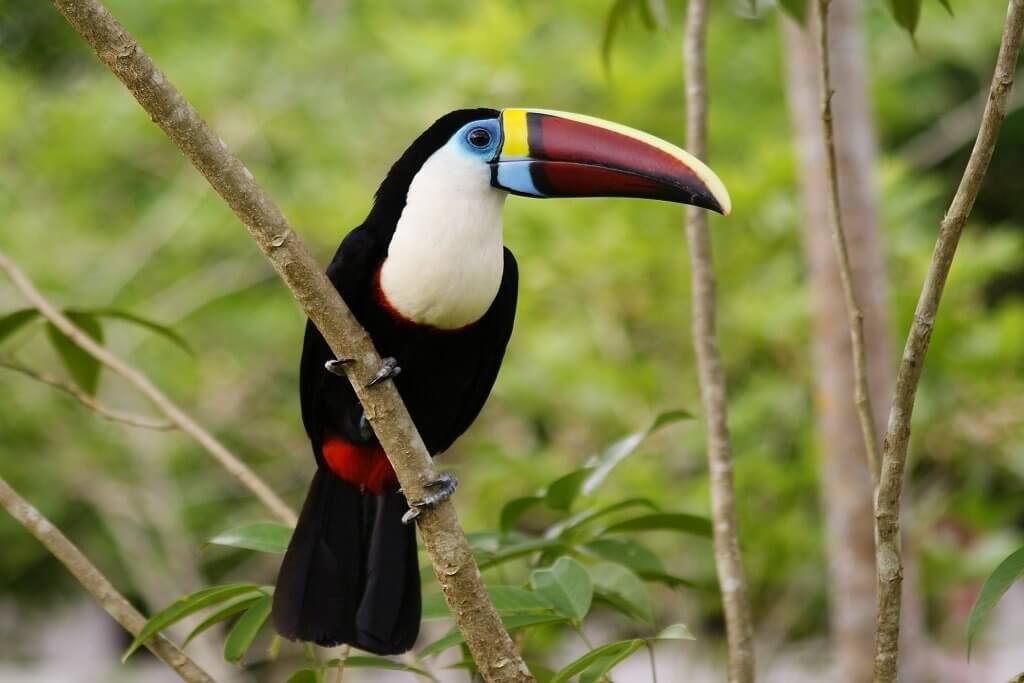 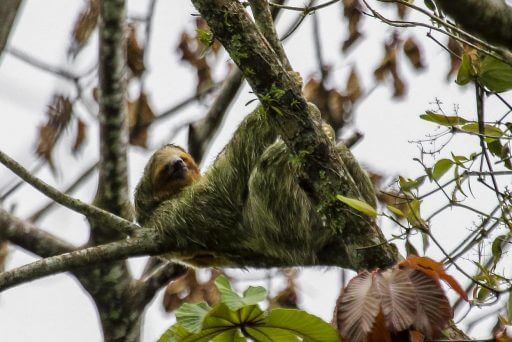 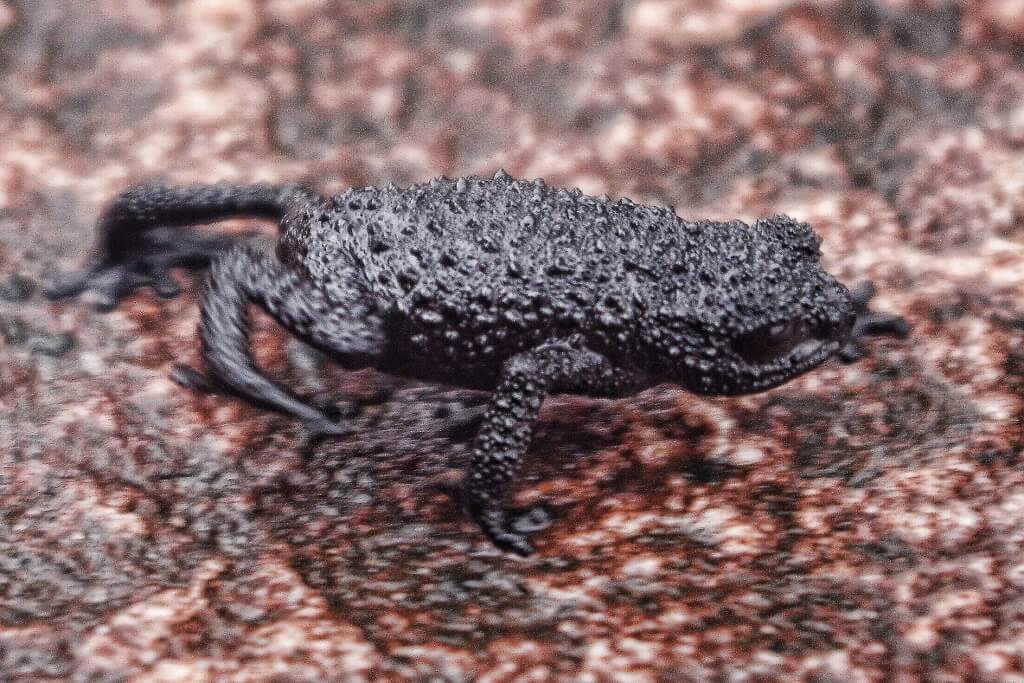 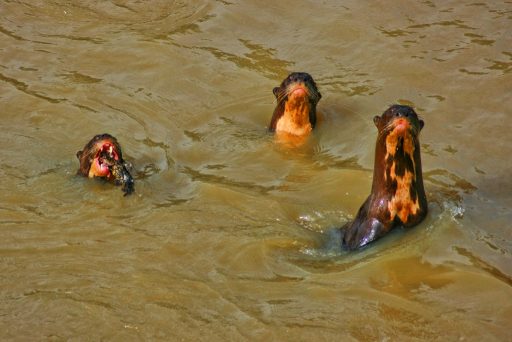 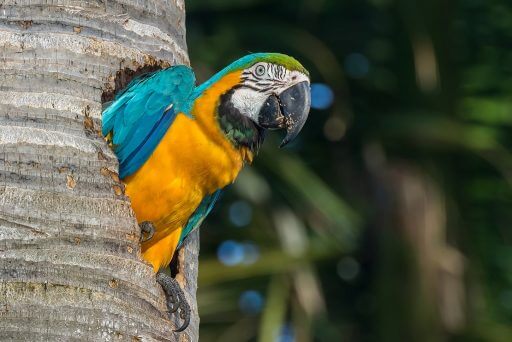 "Are we going to see wildlife? " I got this question all the time when I was a tour guide in Angel Falls and Canaima NP. The answer is simple: Not too much. Place is so huge and water is present everywhere so wildlife does not need to be along river banks like in the Venezuelan Llanos or Pantanal in Brazil. Big cats are more likely to be seen deep in the jungle by night. The other species can probably be seen if you pay attention to the surroundings, sure they will not be posing for you. 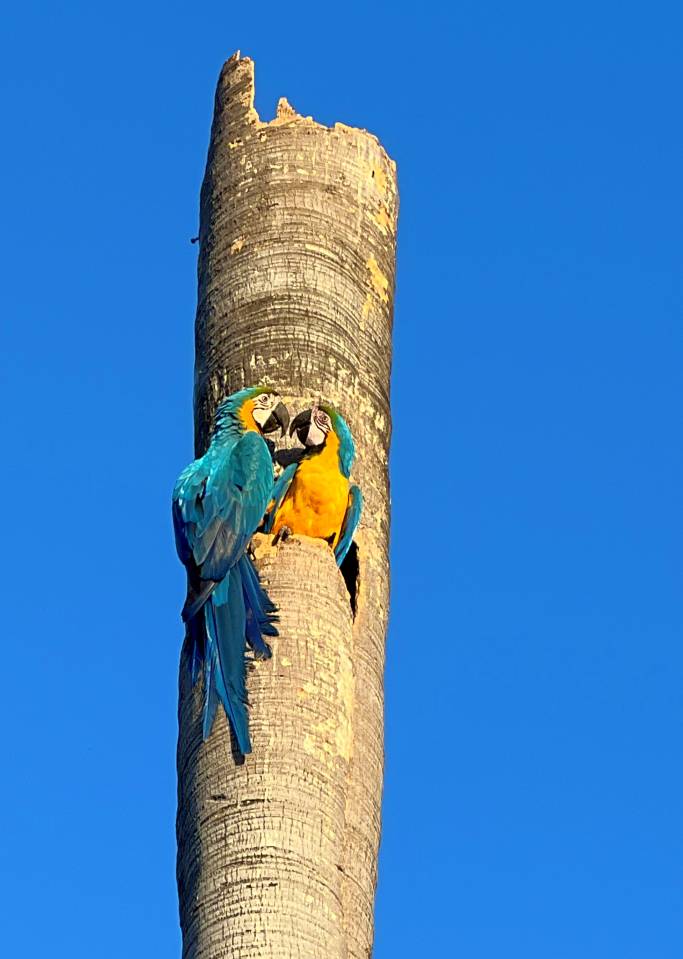 Best places to visit in Venezuela! 2023 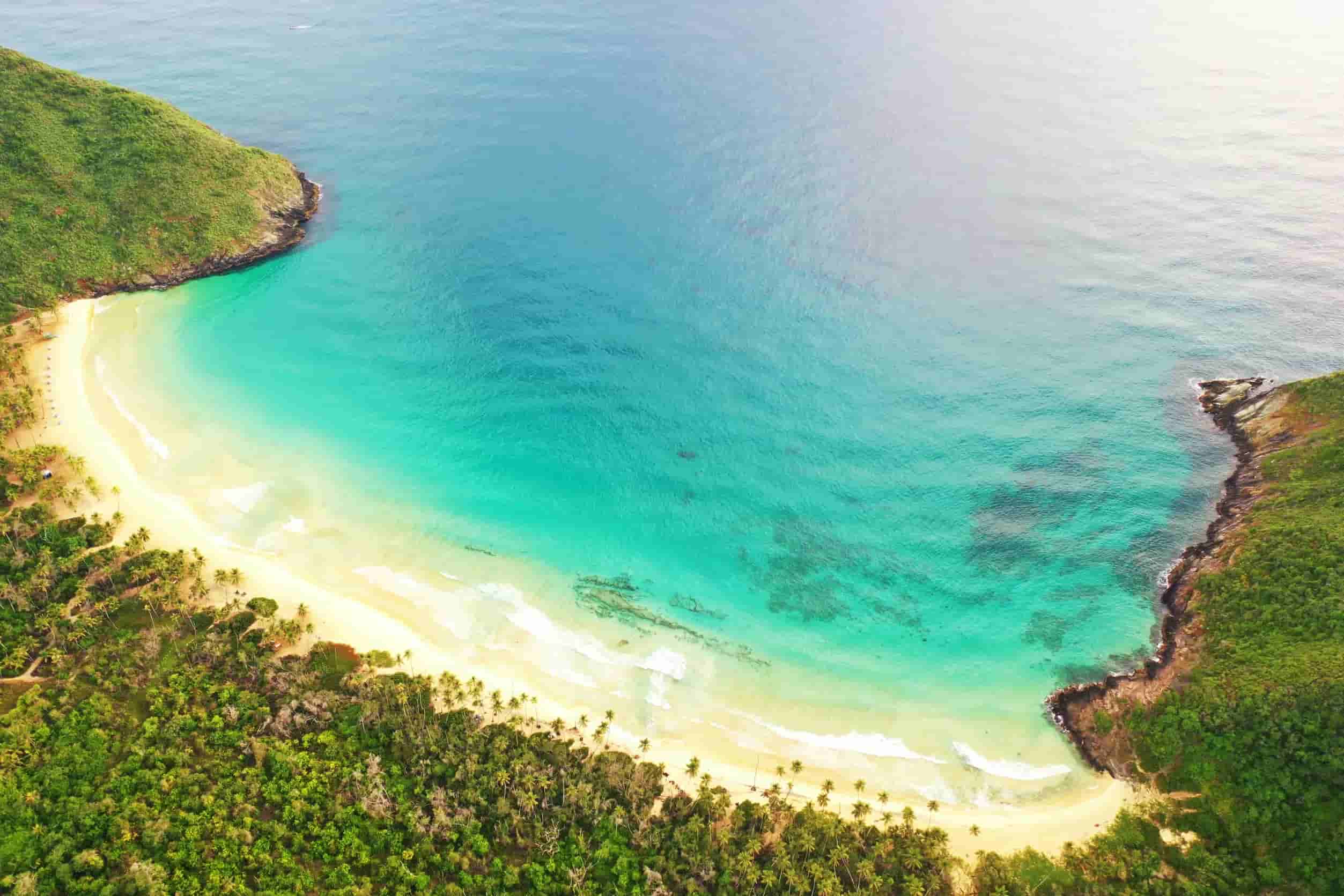 10 things you need to know before arriving to Venezuela! 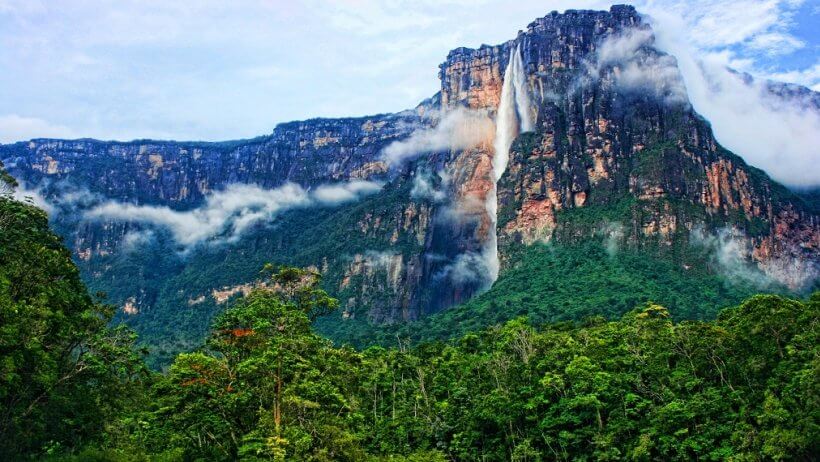